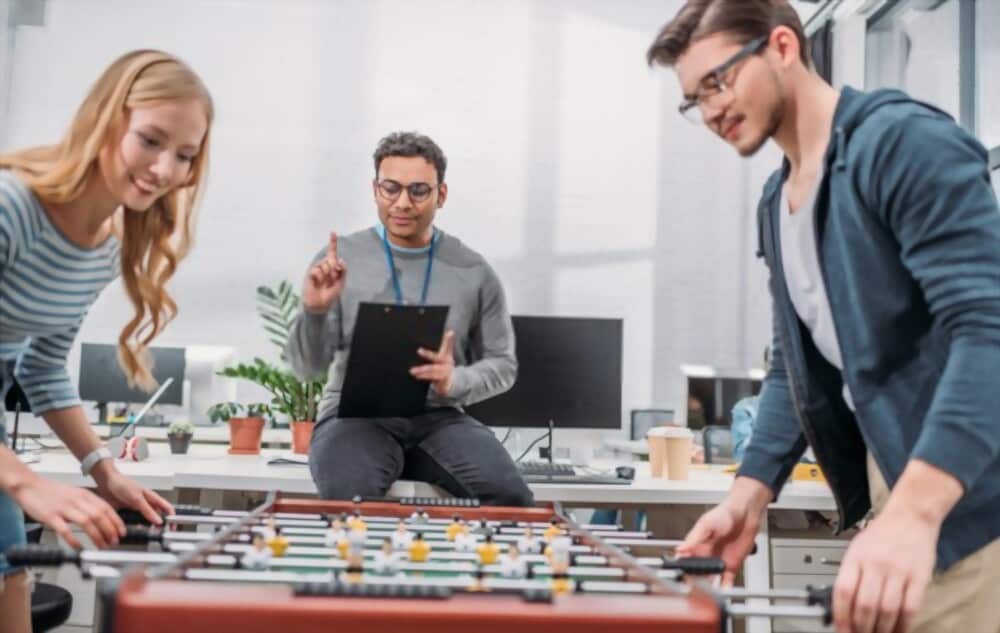 How to become a professional foosball player: Rules & Tips

The team that loses the toss must follow the choice of toss winner. Once a team has decided on an option then has no choice to reverse their decision, they must move forward to start the game. The match has started by putting the ball into play.

The five games are played between two opponents and the player who wins 3 games out of will be declared a winner and to win a game player must have to score 10 goals.

Your main objective to control 13 player figures by 4 rods towards your target goal and control enough to serving your opponent in the same way.

Mostly, this game is played between two platers but sometimes two pairs can be played this game. If two players played from each side then one will control the offensive bar while the other control the attacking bar. When the single-player plays, both The match will be started by flapping the coin which decided that who will have the choice to play first or later opponents try to control the offense bar to defend the score.

In the foosball game, you have ten seconds to shot the ball, stop the ball beneath the rod, and pushing the ball with the side of the fleet, move the ball between men on this rod until in the front of the goal and shot.

Being a professional foosball player, you have to defend by using 5-bar and attacking by 3-bar to shot for a goal

There is no jarring of the table against the sidewall, your main job is to keep them on your opponent’s strike row and trying to focus on the front of the ball because if your opponent will quick, he will give you a tough time.

If the ball falls off the table or reaches out of the player range, it will be considered as a dead ball. If the ball dies in the defensive zone will move to the nearest player figure and the game will be resumed. Otherwise, it reserves the player who served the point.

Being a professional foosball player, you have to avoid spinning of rods, moving of table, no comments or actions, and not distracting your opponent.

7 Ways to Keep Your New Pool Table in Tiptop ...

END_OF_DOCUMENT_TOKEN_TO_BE_REPLACED

How to Set up Pool Table in 5 Easy Steps